Missed runs, shot weekends and being a hater

Note: the following picture is from a happier running time this past week. Today is far saltier.

This is actually my second time writing this post. Ironically I was writing about being a hater and the universe working against me when lo and behold, I must have pressed a button without realizing it – stubby fingers for the win – and deleted everything.

So here we go, 0/2, of me realizing that for a hater, I’m pretty optimistic.

This past week at work was rough. A few new business techs are out (I work in insurance, by the way) so we’re all covering for each other while the end-of-the-year craziness rolls in. This isn’t out of the ordinary, but nonetheless can get stressful. I had a large quote with 12 locations, blanket coverage (which can be a real pain to add to multiple locations) and a ton of drivers that I didn’t think I’d be able to get back to the district sales manager by the time we left on Friday. Thankfully I did, but not without frying my brains and eyes staring at my computer.

Today I’m driving home for a birthday party, which meant I needed to get all my weekend chores and errands done Friday night and Saturday. I had a plan, and part one on Friday – grocery shopping – worked out, even though I didn’t get home and to bed until after 11.

So I slept like crap on Friday, and had the cat waking me up at her normal time Saturday morning for breakfast. A few parents are going to roll their eyes, but for those of you who have never owned a cat: they’re basically the same as toddlers. They only think of their own basic needs and to hell with you wanting to sleep in on the weekend. Whilst grumbling obscenities I got her breakfast and then fell asleep on the couch until a quarter after 6. While Marina is a self-absorbed cat, I discovered when I woke up that she isn’t without a conscious, as she was keeping an eye on me from her chair.

She does that a lot, now that I think about it. Keeps an eye on me and yells if she notices I’m not moving on schedule or something seems off. I suppose I can’t be too hard on her then, but I digress. 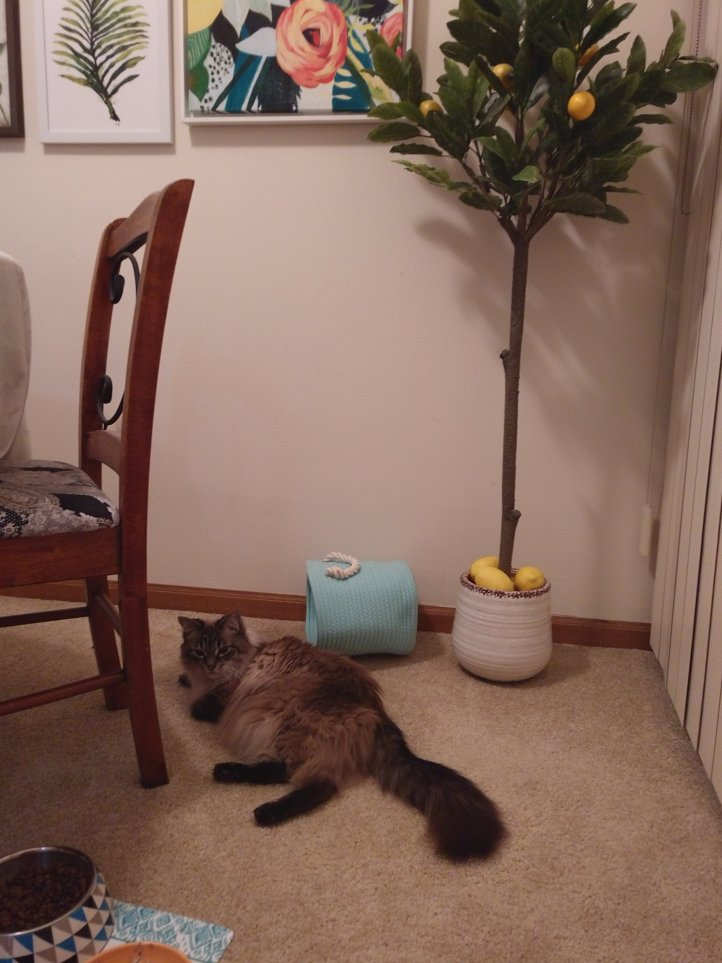 Here’s the cat in reference. She wakes me up when I’m not ready, so I take pictures of her morning face.

So I had terrible sleep but wanted to squeeze in my long run first thing in the morning. I wound up talking to my mom on the phone instead and when I opened the door I discovered it was pouring. Rain doesn’t bother me, but this was an unusually cold rain. The original forecast said it would stop in the late morning, so I figured I’d run then. I had to run an errand to Hobby Lobby and then I’d come home, run, and finish my house chores that afternoon/evening.

It monsooned all frickin’ day.

Then at Hobby Lobby, we got evacuated. There was a wreck at Stringtown Road and Buckeye Parkway – a busy intersection in Grove City – and lost power. I didn’t catch all of what the associate told me, but the loss of power was an emergency situation and Hobby Lobby was closing until the power came back on.

I will admit that selfishly, I was pissed about the power situation. I had the cart full and had it been five minutes later I would have been out the door with all the items I needed. But instead I spent an entire morning out driving to other stores trying to find some of the other things I was needing at Hobby Lobby, including a shelf. Which is so basic you would think Walmart or Home Depot would have it, but between five stores in two suburbs I found nothing.

It was still a cold rainy mess when I did finally get back to Hobby Lobby and I was able to get my other chores done – decorating the outside and putting the shelf up in my bathroom. But I had absolutely no time to run.

Then I woke up again today, looked at my schedule and realized that yep, likely no time to run today either. By the time I rush to my grandparents and likely get back to my place, I’m still going to need to cook for the week ahead and chase the cat around with the vacuum cleaner.

I tried to think of a good moral to this story or find the silver lining, but frankly, I got nothin’. So for those of you who graciously read through my bitching, I appreciate you giving me your time. The rest of you wondering what the point of this was, here it is:

2.) Writing frankly about the time constraints and “shit happens” moments that pretty much every other human in the history of ever has experienced. I would love to pretend that in life and running I have so much discipline and can run through any condition, but I’m not and instead I sit here and look salty at other runners who can get up earlier on weekends than weekdays and #runhappy.

3.) And the kinda sorta silver lining reflection: Shit does happen and plans get completely muffed up. But tomorrow still comes and you and I are still going to put in the miles regardless. So laugh at the insanity of it, enjoy pizza and cake (Uncle’s birthday today) and try not to get into an argument about boundaries with a cat.

With all that being said, Happy December! 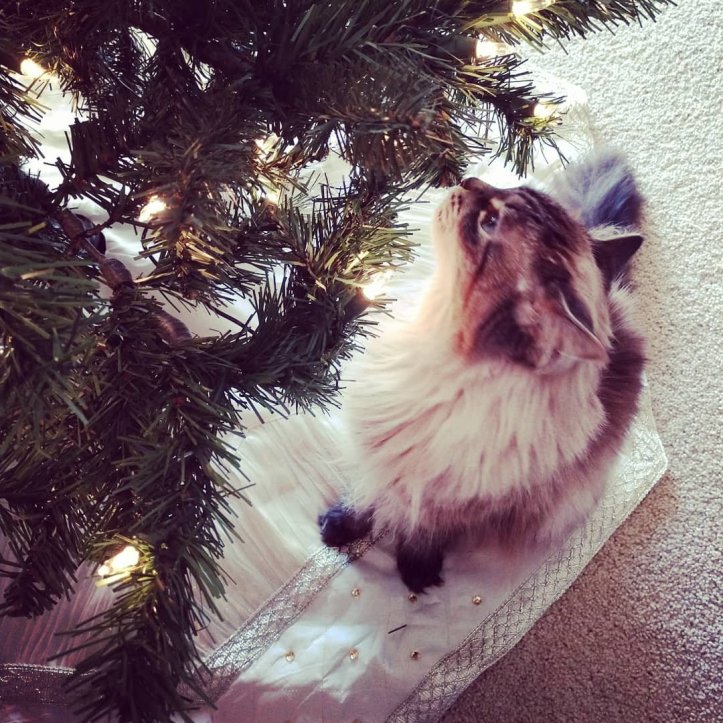